Andrew has written the first biography on Gen. John Shalikashvili, chairman of the U.S. Joint Chiefs of Staff (1993–1997).

In 8 years of research he traveled over 30,000 miles to 30 cities, 12 states, 3 countries, and 2 continents; accessed 2 restricted Shalikashvili archives; and interviewed well over 300 people, from Shalikashvili and his family and childhood friends to President Bill Clinton, Gen. Colin Powell, Sec. of Defense William Perry, Sec. of State Madeleine Albright, and other leaders from the 1990s.

Andrew holds a PhD in Political Science from Brown University (2002), an MA in Law and Diplomacy from Tufts University's Fletcher School (1994), and a BA in East Asian Studies from Middlebury College (1990).

He lived in Taiwan for 8 years, and was editor of Issues & Studies, a social science quarterly on China, Taiwan, and East Asian affairs.

After returning to the United States he was founding editor of Asia Policy, a peer-reviewed journal of the National Bureau of Asian Research, and edited NBR's Strategic Asia series.

He currently serves as Outreach Editor for the Taiwan Journal of Democracy and is a reviewer for the Washington Independent Review of Books. He is also a member of both Biographer's International Organization and the Authors Guild.

for the latest on the biography and the author

Andrew has spoken about his book and Gen. Shalikashvili's American success story and leadership style at various public events:

The Iraqi Embassy in the United States

His broadcast media appearances about the Boy on the Bridge include: 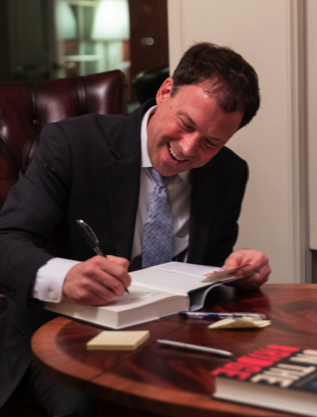 Andrew has been interviewed in print about his Shalikashvili biography:

Merit-based immigration? Not if you consider the career of Gen. John Shalikashvili

On Gen. Shali, the Kurds, and humanity in policymaking

-   Why 1st and 2nd generation Americans are great patriots   -

What business can learn from the Petty Officer Gallagher case

Andrew has also written reviews for the Washington Independent Review of Books:

Essay: Did Broadwell's Affair Tarnish her as a Biographer?

"How does a Jewish kid from Brooklyn wind up sharing a foxhole with a pig farmer from Tennessee?"

He has also interviewed others he has met in the course of writing the book:

Boy on the Bridge has been reviewed by:

"One of the Army's most confounding leaders" - Lt. Gen. "Ned" Almond and Racism

How are Great Leaders Made? Lessons from Shalikashvili's Career

A Biographer at the Funeral

On the 8th anniversary of Gen. Shali's passing

"A devilish grin; a devilish mind"

Q&A: Andrew interviews Major (ret.) Paul Harrington, one of the first WWII liaison pilots in the air during the Battle of the Bulge

"I learned to pray a lot while flying"